The IDP community is an underrepresented portion of the Dynasty and Fantasy Football communities, and we at the IDP Guys want to help boost this style of play that we enjoy.

In early 2020 there was a movement in the IDP Fantasy Football community to influence Scott Fish to include IDP in his charity tournament. As a member of the community and looking to give back, the IDP Guys launched the inaugural season of the IDP Invitational with a goal to raise money for Autism Awareness.

One of the initial organizers of this charity league had a son with Autism, and did a lot with their local chapter of Autism Speaks. We adopted this charity for the league and went on to raise $2,000 in direct donations.

In the second year of the league we have a goal of $5,000. It’s a lofty goal but the fantasy football community on twitter has shown they can rise to any level of need for a charity.

Sign up for the Second Annual redraft invitational as we pit analyst and fan against one another, in a large scale, multi-division league. We intend to pair similarly experienced fans and analysts together, so that we can facilitate an entry point for potential IDP enthusiasts in the future.

This is year two, we will be collecting emails till June 2021 and sending out invitations mid July 2021. This is a charity league, no dues will be collected, all we ask is that you donate to a charity of your choice or Autism Speaks.

Lets have some fun, and help a good cause! More details will come with your invite. 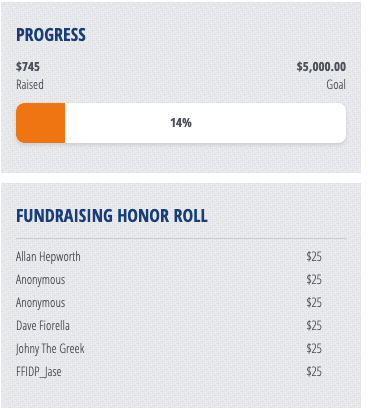