This article series will be set up exactly the same as last year’s was. For the Thursday night games, I will be tweeting the start or sit on Twitter (@Orangeman3142). This article will publish weekly on Saturday morning and will cover all of the Sunday games and the Monday night game as well.

Last year I was writing four thousand word articles describing the thought process behind all these “decisions” (start or sit and what tier of expected production). In an effort to cover every IDP relevant player and every matchup and team I’ve cut that part of this process out, for the record though I use past production, playing time, expected game flow and trends of the offense each IDP player is going up against as well as gut instinct and projections from places such as MFL, Yahoo, ESPN and Sleeper to inform these decisions.

If you’re looking for an explanation for a particular player feel free to DM me on Twitter, @Orangeman3142.

This is year sixteen of IDP for me so I’m not just throwing darts here and the two articles and one podcast I do weekly take more than enough time so this is what it’s going to be, if you’re looking for more detail for as to why certain players are starts or sits I’m sure there are articles out there that do that, it just won’t be this one. Also, I’m doing this for free and because I enjoy it so I’m going to have fun with it if you can’t handle jokes I would abort mission now, no harm no foul.

These start or sit decisions are only suggestions and in the end, the responsibility for your lineup is ultimately yours and yours alone. I’ll do my best to be as accurate as possible each week. These decisions I’m recommending are the same ones I’m making in my own lineups so we sink or swim together if you do decide to take any of this advice. Good luck in your matchups this week. Let’s get that hardware.

Every single game, team and IDP relevant player will be covered in this article series all year from start to finish. The production will be divided into categories like last year, this is how it looks:

Tier 1 Production: These players have the best matchups based on their playing time, past production, talent level, and opportunity. They have the most solid floor and a terrific ceiling. If you need guaranteed production these players are the best bet to get that for you. These will likely be obvious most of the time.

Tier 2 Production: These players will get you some points but are missing something that makes them your best choice. This could be a lack of playing time, talent or some other factor that hurts their chances at an outstanding performance. These players are usually a good option in deeper leagues with large rosters or all IDP leagues.

Tier 3 Production: These players are a shot in the dark. These are starts you will likely only make in larger leagues with huge rosters or during bye weeks or for short term injury replacements. There’s a chance it could work out but not a great one due to any number of factors including lack of playing time, talent or ideal matchup. This tier is as close to “sit” as you can get while still having some value. These players are mostly used in larger leagues with huge rosters and in all IDP leagues.

Sit: Pretty easy, sit em. For any number of reasons from a nagging injury to lack of playing time, talent or ideal matchup these players should NOT be started this week. I will be wrong on these occasionally throughout the season but at the time of publishing the players in this category are far more likely to bust and get you nothing rather than have a good or great week.

***Player situations change due to injury and other factors, this article was written days before Sunday so please pay attention and adjust your lineup accordingly ***

***If I don’t mention a player they are a sit or just not on my radar yet which likely means they should be a sit. If a player is inactive or injured after this article is published please use common sense and sit them. Check the inactive list at 11:40 AM eastern time and 3:40 PM eastern time on ESPN and NFL websites to check for surprise inactives each Sunday***

Last week I made approximately 250 “decisions” (start or sit) and got 190 of them correct or in the ballpark and 60 incorrect or not even close for a 76% correct rate. My average for all of last season was 74% correct overall and through this week we are holding at 75% correct for this season. Let’s dive into this week’s games.

***For any “EDGE” players listed the rule of thumb is to drop them a level in expected production from where they are listed if you start them as a regular linebacker instead of in a specific “Edge” or “OLB” slot in your league. This is due to the inconsistent nature of production for these players being sack dependent for the majority of their points. If your league has an “Edge” or “OLB” slot to plug them in to then everyone takes the same risk putting those players in that slot each week, however if you choose to use these players in a regular linebacker slot there’s a good chance they don’t get a sack and you end up with little to no points from them.

Shaq Barrett likes to gossip with the girls at the salon after practice.

Tremaine Edmunds has his sights set on pillaging and plundering some Patriots booty this week.

Sits: Realistically every single Patriots IDP except MAYBE Collins, Gilmore should be safe though.

I’m torn this week, I want our cheek clapper supreme to do his work but Jimmy G is a beautiful man who deserves to keep his pride as well as his ass virginity intact.

Sits: Dee Ford (EDGE) All others

Will we get one more week of Payne or will the Jags destroy our title dreams with more of their bullshit?

Tier three starts: Leon Jacobs (LB) *If he plays, I can’t guarantee that*

Sits: Kemal Ishmael (S) All others

Can Sheldrick Redwine keep it up for just one more week? Can I poop solid? What is the meaning of life?

Sits: All others, not even kidding, this team doesn’t have studs.

Jayon Brown is a man.

Sits: Craig Robertson (LB) All others

Tier one starts: Kevin Byard (S) Jayon Brown (LB) Titans Cornerbacks, preferably Ryan then Jackson if healthy, if not Brock is an option but I would look elsewhere to stream if I didn’t have Ryan and Jackson doesn’t play.

Sits: Wesley Woodyard (LB) All others

Will Eric Reid be able to finish as safety one? Can JJ Abrams fix the mess Rian Johnson made? These are the questions that keep me up at night.

Sits: Shaq Thompson (LB) *Injured and out* All others (including Brian Burns (DE,EDGE), no playing time)

Sits: All others, including Clayton Geathers (S)

It’s been another outstanding season for Mr. Bates. Will he and Anna ever find true happiness?

Sits: Taco Charlton (DE) All others

It would be nice if this guy did something this week. Rich man’s Eddie Jackson that’s all he is.

Sits: Jets Cornerbacks, this isn’t a great matchup to start or stream Jets corners. All others

Sits: Giants Cornerbacks, this is not a great matchup to start or stream Giants corners.

Damon Harrison asks for an injury timeout after shitting his pants, Detroit USA Circa 2019

Maxx Crosby will be causing puckered butt holes for years to come.

Tier one starts: Will Compton (LB) *Could be a flash in the pan, don’t quote me, only do this if you’re desperate*

Sits: Nicholas Morrow (LB) All others

Sits: All others, also I wouldn’t start a Chargers linebacker this week unless I really had to.

Raise your hand if you’re going to terrorize Carson Wentz this week.

Sits: Haason Redick (LB) All others

I summon the Freak to make his entrance into the UMCCTTC this week.

Danielle Hunter does not sit down to pee (unlike Shaq Barrett)

Tier two starts: Anthony Barr (EDGE) Everson Griffen (DE) Vikings Cornerbacks, preferably Waynes & Rhodes although there’s been some flux in playing time and who starts at corner recently so I would look elsewhere to stream or start this week. The matchup is good but the options are not.

***These are only suggestions ultimately it’s your decision who you start or sit. If a player gets hurt or has a bad game it happens it’s part of the game and not the result of me using a voodoo doll with your fantasy team’s name on it. I wish you all nothing but the best and hope you win all your matchups this and every week. Take home that hardware.***

Keep an eye out for my instant reaction and defensive waivers article dropping during the week next week, likely Thursday morning. I’ll be covering all the production and playing time from every single IDP relevant player and giving you options for defensive waivers. We’ll go over the week’s results and make sure you are ahead of the curve for getting any of those surprise studs AKA Darius Leonard last year. The next week’s start or sit will drop next Saturday morning and the Thursday night games start or sit will be in Tweet form (@Orangeman3142). Also, make sure and catch our weekly podcast on all your podcatching sites dropping Tuesday night or Wednesday morning all season long. Idpguys.org will continue to be your one-stop-shop for all things IDP.

Thank you for reading and good luck in this week’s matchups. Make sure you’re following @IDP_Dude and @JoeythetoothIDP to make sure you’re covered from all angles in regards to waivers, starts and sits and general IDP information, the three of us handle the Lions share of the IDP writing here at the site.

Idpguys.org, leaning into the crazy since 2017 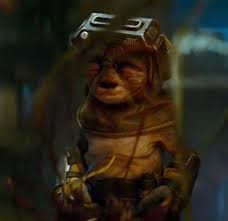 All hail our new messiah.