Khalil Hodge, a linebacker prospect from Buffalo, may be one of the most polished NFL ready linebackers in the upcoming 2019 NFL Draft

This sleeper prospect out of Buffalo is starting to turn some heads as we near the 2019 NFL Draft and it’s rightfully deserved. Khalil Hodge has not made the draft splash his teammates Anthony Johnson or Tyree Jackson have made so far but it is only a matter of time before we hear the scouts throwing his name around.

Hodge may not have all the measurables of the top prospected linebackers coming out in this draft but there’s one thing that’s obvious when you watch him play; He is polished and ready to be a three-down linebacker in the NFL.

I am not huge of NFL player comparisons but I have been asked a few times. After watching a lot of film, I would have to say he’s a good comp to Roquan Smith. If that does not get you excited then I do not know what will. Both come in at 6’1” 235 lbs and have a very similar tape.

Collegiate stats that tell the story

The film does not lie

Hodge is a refined second level linebacker who has a nasty swim move he throws out with The Flash like quickness that usually leaves a blocker looking silly.

Hodge also has that stickiness factor which is why he racks up so many tackles. The dude does not miss anything. Watch how he bends back to get a hand on the running back who would have been able to break away had it been someone else. Khalil must play with superglue on his gloves because he’s done this consistently over the last three seasons. This is surely a skill that translates well to the NFL.

Are you starting to see the polished skill set yet? He can tackle, shed blockers and bust a swim move on a dime… but can he cover well? The answer to this question is yes. In a tweet, I highlighted Hodge’s ball-hawking skills. Admittedly he is not doing this every game but he has no issues in coverage and will often pick up a running back or slot receiver with no hesitation.

Some pre NFL Draft #IDP content for you. Keep an eye on this dude Khalil Hodge out of UB.

He profiles as a 3 down LB who can do it all. 6-1, 235-pound athletic monster is ready to make an immediate impact in the NFL.

Look for a profile article to drop soon on the @IDPGuys site. pic.twitter.com/dzo2peXCqD

Did I mention he was on the 2018 Butkus / Bednarik Award watch list? Are you excited yet? I guess I will address the elephant in the room… The last time UB had a stud NFL worthy linebacker his name was Khalil Mack and you might know him as the highest paid defensive player in the NFL.

So what is the catch?

Some of you may be asking what is the knock on Hodge? Well, he’s not setting the field on fire with his speed but the dude makes up for it with his unbelievable vision, his ability to shed blockers and overall athleticism. If you need a little more convincing, coming into the 2018 season he had the second best (39.4) passer rating when targeted according to PFF amongst 2019 draft-eligible linebackers. 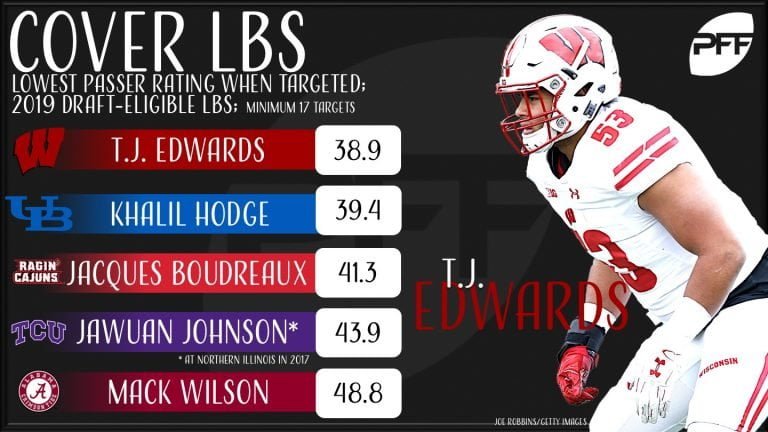 Still not convinced? It is okay. He does not come from a powerhouse school that is known for regularly producing NFL caliber linebackers. If you have the chance, check him out during the East-West Shrine Game on January 19th.

Khalil Hodge is projected to get scooped somewhere between the second and fifth round in the 2019 NFL Draft. That being said, I truly believe he is a top five linebacker talent in this draft class and will be shocked if he slides beyond round three.

Don’t forget to follow me on Twitter @IDP_Dude. Listen to the guys talk about news, analysis, and strategy on the podcast. Follow the show on Twitter @IDPGuys. For even more in-depth analysis, check out The IDP Tipster.