Indianapolis has been buzzing this past week with the NFL Combine in town. Here’s a look at three rookie IDP prospects who were eager to show their worth.

It’s officially that time of the year, “March Madness”, where people everywhere start filling out brackets for a chance to compete with some friends or win some cash. Even with all that going on, March is also the time of the year when we fantasy football enthusiasts and NFL teams all across the county start to get a really in-depth look at rookie IDP prospects for this season’s upcoming draft. The NFL Combine is just the start of a ton of fantasy football madness. In this article, I’m going to break down three prospects I think will be rising on draft boards post combine.

The first and most obvious guy I’m going to breakdown is Clemson linebacker prospect Isaiah Simmons. He was already a top 10 pick in many mock drafts. I think if he goes to the right team, his IDP potential is fantastic. In the 40-yard dash drill, Simmons blew away the competition by running it in the 4.39sec range. He also went on to show off some more of his talents with a 39-inch vertical and an 11-foot broad jump.  This stud is 6’4″, 238lbs., in comparison to his speed, Saquon Barkley ran a 4.40sec 40-yard dash and Christian McCaffrey ran it in 4.48sec.

We have a new breed of a player with this guy. We are starting to see more and more of in the NFL. This guy could potentially play multiple positions in the right defense and play at an all-pro level. He’s an IDP goldmine in the right scheme for his talents.

My second prospect is another linebacker but a guy who definitely needed to have a strong combine under his belt for teams to really take notice of him.  Willie Gay Jr., out of Mississippi State, is 6’1″, 243lbs., and did what some expected and proved what he could do at the combine. He ran a 4.46sec 40-yard dash, had a 39.5-in vertical, and an 11.4 broad jump. He definitely has a chance to be explosive if he continues to develop into a solid player. He’s a great athlete but there are reports of some off the field issues in college.

If he can focus on football and stay out of trouble with the media, he has the potential to give you those tackle points you so desire.

The last guy I’m going to drop some knowledge on you about is Kyle Dugger. He is a small school safety prospect playing out of Lenoir-Rhyne. He has many scouts buzzing about not only his combine performance but also his great play at the senior bowl. Dugger has great measurables for a young safety. He’s  6’1”, 217lbs., and plays his heart out every time he’s on the field. He ran a 4.49sec 40-yard dash, 17 bench reps at 225lbs., a 42-inch vertical, and an 11-foot broad jump.

He reminds me of Derwin James. If he lands a starting job or becomes a situation type player remains to be seen. He does own enormous potential to become a household name. He plays with that chip on his shoulder that you love to see in a defensive back in the NFL. He’s that darkhorse from the small school that could really make an impact right away, especially for a team that sees what he has and develops his talents.

Who’s your number one pick?

In all fairness, this year’s draft is full of impact players everywhere.  There are multiple NFL ready starters for teams everywhere in the first few rounds. For those teams lucky enough to have multiple picks in the first few rounds, let’s hope for their sake that they pick correctly. Guys like Isaiah Simmons and Chase Young only come around so often. With so much talent on both sides of the ball, it will certainly be interesting to see where the dominoes fall when draft day arrives.

Free agency is just around the corner. We will then begin to have a much clearer look at where prospects may land after teams fill needs via contract negotiations. I don’t know about you guys, but I can’t wait for the season to get here so we all can do what we have so much fun doing fantasy football!

Follow me on Twitter @MagleyZach for more fantasy talk and tidbits.  Please check out idpguys.org and dynastyfootballdigest.com for all your fantasy football information.

Just a guy who enjoys his football.. I'm a huge fan of IDP leagues. In all honesty, I probably tend to focus on the defensive side more than I should. My fantasy teams tend to lack that offensive prowess lol. I have two kids but they aren't always with me, so when I'm on my own I put my time into fantasy. It's and honor to be here with others doing what I enjoy. 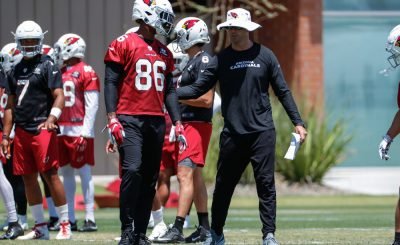