Which IDP rookies will make the biggest impact in fantasy? Selecting the top IDP rookies in the 2020 draft will bolster dynasty rosters.

It is vital in Dynasty IDP leagues to continue to stock our rosters with the best available players in the NFL Draft. This is my view of the top IDP rookies that will bring the best potential to, not only pay immediate fantasy dividends, but also become long-term mainstays on Dynasty rosters. They are not listed in any particular order as each Dynasty roster tends to have their own unique roster needs. It time for the youth to be served. Let’s do this.

The youngster pictured above is a heat-seeking quarterback destroyer. He is by far the top edge rusher in this year’s draft and, in my humble opinion, should be the top IDP option off the board. Last season, despite playing just 12 games, he finished with 16.5 sacks, and 46 total tackles. Throw in the fact that he also chipped in 21 tackles for a loss as well as 9 forced fumbles and he is fantasy gold. There is the real chance that he will be a better performer than former teammate, and NFL Defensive Rookie of the Year, Nick Bosa. He is a lock to put up a top IDP fantasy finish in his rookie season.

Look up “Jack of All Trades” in the dictionary and there is a picture of Simmons. He is the top linebacker, in an albeit weak class, and will step right in as a three-down player. At 6’4 and 230 lbs. he can also play safety or even slot corner on defense. In the past two seasons, he has put up an average of 6.4 tackles per game, while also putting up 20 big plays including a defensive touchdown. He has been compared to being a bigger Derwin James and that is high praise indeed. His versatility will lead him to a top-10 finish as a rookie.

Let’s take a look at another edge rushing prospect that, in my opinion, is a bit raw but has the tools to excel at the next level. After seeing his 2018 season derailed with a torn ACL, he bounced back with a very nice 2019 season. He put up 60 total tackles, 13.5 tackles for a loss, 6.5 sacks, and a forced fumble. With some proverbial ‘coaching up’ at the next level, he has the chance to emerge as a premier edge rusher. Depending on where he lands in the draft, he may be designated as an outside linebacker in a 3-4 scheme or a defensive end in a 4-3. I’d prefer to see him designated as the latter.

Let’s stay down at the Bayou, shall we? This draft is not full of the most impressive linebackers. That being said, there are quite a few NFL teams with a need at the position (I’m looking at you Las Vegas, Kansas City, Baltimore, Philadelphia and NY Giants). That could lead to a three-down role for Queen who possesses above average sideline to sideline speed. In his final season at LSU he put up 85 total tackles, 12 tackles for a loss along with a handful of big plays. He is a bit raw but definitely has the chance to step in right away as an every down player, which is what IDP owners covet.

Murray is the final player at the linebacker position in the top-10 as he rounds out the top tier at the position. His game is similar to the aforementioned Patrick Queen but in my opinion he is a bit more polished. In his final two seasons he put up 257 total tackles, 29.5 tackles for a loss, 8.5 sacks, along with a fumble recovery. He is solid in coverage and plays with — here is a term we will see a lot at this time of year — a high motor. He should also benefit from the need for players at the position and step right into a three-down role.

At 6′ 6 and 280 lbs. Epenesa often got to the quarterback using just brute strength. He finished the 2019 season with 11.5 sacks and an impressive 14 tackles for a loss. He uses his strength to set the edge against the run and had 49 total tackles last season while forcing four fumbles. There is huge upside for the player I consider the second best edge rusher in the draft. With an offseason and training camp of coaching he will get the chance to learn a few moves to add to his tool belt. That will translate to even more production.

There is a league wide need for premier edge rushers and Gross-Matos fits the bill. Even more importantly, he is excellent in stooping the run. At 6’5 and 265 lbs. he has length and a quick first step. He is also very good at setting the edge. In his final 24 collegiate contests he put up a whopping 34.5 tackles for a loss and is a disruptive force in the backfield. He also flashed big play potential by finishing with 17 sacks, and two forced fumbles in that time. He can be a three-down defensive end in his rookie season.

Let’s give a little love to the safety position with the top player at the position. Versatility, thy name is Xavier McKinney. The youngster can line up anywhere in the secondary and be productive. The Alabama defense made full use of his skill set lining him up at free and strong safety, also utilizing him at slot corner. He gets it done in all facets of the game, having totaled 95 total tackles last year along with 16.5 big plays. His coverage skills are excellent as he was credited with 15 passes defended over his final two seasons. He will immediately secure a starting role wherever he lands on day one of the draft and finish as a top IDP rookie in 2020.

We’ll stay at the safety position taking a look at the only other player from the secondary that warrants a top selection. Delpit plays a similar game to McKinney but continues to struggle with missed tackles. An ankle injury may have contributed to the 20 missed tackles he was credited with last year. More concerning are the 16 missed tackles he had in 2018. Once is a fluke, twice is a trend. There is the chance that some NFL coaching can help with the bad angles he tends to take. That being said, his versatility and athleticism will likely lead to a starting role in his rookie campaign.

The defensive tackle position isn’t always a coveted one from an IDP perspective but Brown is too talented to not be on this list. I’m not going to saddle him with Aaron Donald comparisons, but he will be a difference maker from the interior. He has an explosive first step and at 6’5 and 318 lbs. will be a disruptive force in both the run and pass defense. In 2019 he finished with 54 total tackles, 11.5 tackles for a loss, and four sacks. More impressively, he was not credited with a missed tackle. He can line up anywhere along the defensive front and will likely be a top-10 selection on the first day of the draft. He is easily a top IDP rookie in 2020.

The keen eyed IDP owner will notice that there are no cornerbacks listed. That is from my personal belief that the position is the most waiver wire friendly and can represent the final players off the IDP draft board. Also, keep in mind that at this stage of the offseason that this is a very fluid list. The draft, training camps, injuries, and preseason will help bring things into a sharper focus, likely altering things along the way. At this point, these are my top rookie IDP options to make an impact from a fantasy perspective.

Hope you enjoyed a look at the top IDP rookies in 2020. Please remember to follow me on Twitter @WaltonSpurlin. Always willing to answer any and all IDP related questions, or non-IDP related questions for that matter as I simply love to talk fantasy football of any kind. 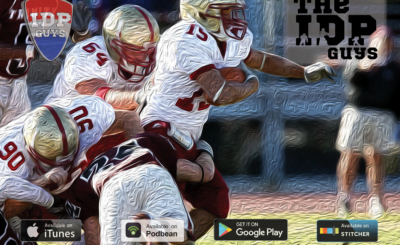 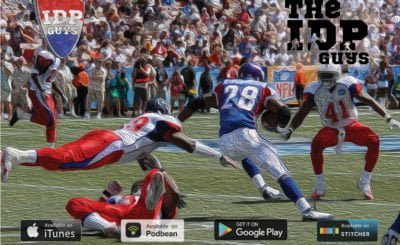