Below we will go over the injury report for Week 10. Let’s see who makes the list this week!

All IDP relevant players for the G-Men are good to go on Sunday. For the Jets, linebacker C.J. Mosley (groin) has been ruled out for this Sunday’s matchup leaving James Burgess to fill the void.

In Atlanta, cornerback Desmond Trufant (toe) is listed as questionable for this NFC South showdown. If he can’t go Blidi Wreh-Wilson would take his spot. All starting defensive players for the Saints will lineup on Sunday.

For the Chiefs, defensive lineman Frank Clark (neck) is questionable to play this week. If he can’t go Tanoh Kpassagnon would continue filling in for him. Fellow DL Alex Okafor has been declared out leaving Emmanuel Ogbah to once again fill in for him. Defensive tackle Chris Jones (groin) has participated fully in practice all week and he will be good to go this Sunday. For the Titans, defensive lineman Jurell Casey (shoulder) has been declared out leaving Isaiah Mack to take his place. Linebacker Jayon Brown (groin) is out for week 10. Darren Bates will fill in for him this week.

Both Ravens cornerbacks Earl Thomas and Jimmy Smith did not practice on Friday and as such is listed as questionable for Sunday’s matchup. Bennett Jackson would fill in for Thomas if he can’t play and Brandon Carr for Jimmy Smith. For Cincy, cornerback Dre Kirkpatrick (knee) was is out for this week. Tony McRae is inline to play at starting cornerback this week.

All viable starting IDPs for Buffalo are good to go on Sunday. For the Browns, defensive end Olivier Vernon was declared out with a knee injury. Chris Smith will lineup in his place.

For Arizona, linebacker Terrell Suggs (hamstring) did not practice on Friday and is listed as questionable for Sunday. Cassius Marsh is slated to take his place if he can’t play. For the Bucs, linebacker Carl Nassib has been declared out with a groin injury. His backup this week is Khazin Daniels.

For the Lions, safety Tracy Walker (knee) has been ruled out this week. C.J. Moore is the backup to start in his place. Defensive tackle Damon Harrison was limited on Friday BUT he should be good to go on Sunday. If he can’t John Atkins would assume Harrison’s duties. For the Bears, all IDP starters are good to go!

For the Dolphins, safety Rashaad Jones (chest) has been declared out for Sunday. Steven Parker will get the start in his place. In Indy, all relevant IDPs for the Colts are good to go!

For Carolina, James Bradberry was a limited participant in practice on Friday. If he can’t play Ross Cockrell would start in his place. For the Packers, Jaire Alexander popped up on the injury report on Friday with a groin injury. He can’t suit up Chandon Sullivan is his backup!

Linebacker Clay Matthews is slated to make his return this week from a broken jaw that has kept him out of action for over a month. All IDPs for the Steelers are good to go.

For the Vikings, defensive tackle Linval Joseph has been declared out. Jaheel Johnson will start in his place. All other Vikings are good to go. In Dallas, both Sean Lee and Leighton Vander Esch have been dealing with injuries and haven’t participated in a full practice this week. Joe Thomas would start in place for Vander Esch and Luke Gifford for Lee if either can’t play.

In Seattle, defensive lineman Jadeveon Clowney hasn’t practiced all week with a knee/toe injury. Check back on Saturday to find out his final designation. If he can’t play L.J. Collier would take his place. All other IDPs for Seattle are good to go! For the 49ers, defensive lineman Dee Ford (quad) has been limited so far this week. Stay tuned for more details about his availability over the weekend. 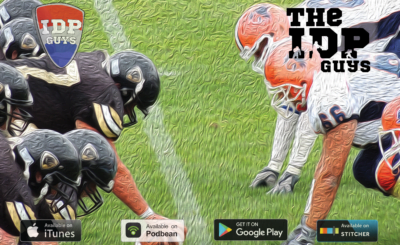 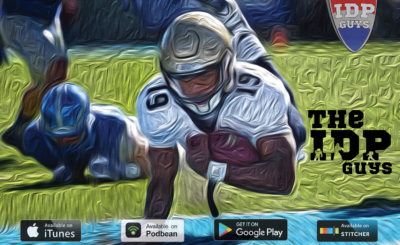 IDP Start or Sit, Every Team, Every Matchup, Week Two (2)