It is possible injuries have already hurt your IDP lineups. Here I pick out a couple of sleepers who you can plug and play for Week two.

There have been some injuries after week one of the NFL season that have you reeling. Luckily there is always the next man up in lineups and for IDP purposes you can always plug and play starters. Today we will take a look at a few guys who are will benefit from these injuries and some that can make an actual impact in being great IDP sleepers.

Blake Cashman is a great talent at the linebacker position. Unfortunately for him, he was stuck behind both Avery Williamson and C.J. Mosley. Avery Williamson tore his ACL before week one and C.J. Mosley came down with a groin injury during week one. Cashman played on 31.9% of the team’s defensive snaps in week one and that should make a jump into week two. Neville Hewitt took over starting for Williamson when he went down and now with Mosley out of the fold for at least week two Cashman becomes a real nice sleeper for the week.

Cashman still came up with two tackles and a tackle for a loss in limited time and face the Browns in week two. The Browns faced the Titans in week one and did not give up much production to the Titans inside linebackers. This was largely in part to the fact that the Browns were dominated by the Titans and were forced to play catch up. Expect the Browns to have an easier time with the Jets with Trevor Siemian at the helm. Nick Chubb should be used early and often which bodes well for Cashman.

Josh Allen was a first-round pick in this year’s draft, going 7th overall. Unfortunately for him the Jaguars already had both Yannick Ngakoue and Calais Campbell at the defensive end positions leaving Allen to start his career as a backup player. We are one game into the season and Josh Allen will be getting his first career start as Yannick Ngakoue will be missing week two due to injury. Josh Allen is coming off of a historic career and senior season at the University of Kentucky playing in the SEC. During his senior season, Allen posted 88 total tackles, 21.5 tackles for a loss, 17 sacks, four passes defensed, five forced fumbles and two fumble recoveries.

Josh Allen is set to make his first career start against one of the leagues worst-ranked pass-blocking offensive lines. The Jaguars are taking on the Houston Texans who just gave up six sacks to the Saints. Josh Allen’s pass-rushing ability should be put on full display and I think he could have a huge day.

AL-Quadin Muhammad is a 2nd string defensive end for the Indianapolis Colts. He is behind Jabaal Sheard. Sheard though is having a tough time coming back from a knee injury that he suffered back in camp and has not seen any time since. Muhammad made the start in week one and played on 60.9% of the team’s defensive snaps, second among all defensive ends on the team behind only Justin Houston. Sheard is yet again out for Sunday’s matchup with the Titans. Fellow second-year defensive Kemoko Turay is also out, opening up another 37.5% of snaps that he took up.

The Titans historically have had a bad offensive line, especially in pass protection. During their week one matchup, the Titans ranked 15th in run blocking but an abysmal 29th in pass protection and gave up four sacks. I expect Muhammad’s snap count to rise putting him in line for a production bump. Last week he was able to come up with two tackles, one for a loss and a sack against a strong Chargers’ line. Muhammad has the opportunity to grab another sack in week two.

Looking at the box scores last week, a name stood out to me on the Titans I did not recognize. It was Sharif Finch, a linebacker who had an excellent game. I had to look him up and he is a second-year edge player out of Temple that went undrafted in 2018. He signed with the Titans and played in 15 games his rookie season coming up with 27 total tackles, three for a loss, 1.5 sacks and two forced fumbles.

Finch has made a great impression on the coaching staff and made his first career start week one in 2019. He was a wrecking ball on the edge coming up with five total tackles, one for a loss and a sack while playing on 56.2% of the teams defensive snaps. Finch will get the start again against the Colts in week two who have a great offensive line. Do not be deceived though, the line was that much better with Andrew Luck at quarterback. The Colts now roll out Jacoby Brissett and after week one the Colts ranked 16th best in pass protection. Finch has Harold Landry opposite of him and Jurrell Casey up the middle. Needless to say a lot of pressure should go his way. Finch could easily nab his second sack of the season in week two.

Aikens is a special teams player who rarely sees any significant time on the field on defense. This changed week one with Reshad Jones getting injured. Aikens still only saw 23.4% of the teams snaps but was able to produce 6 tackles with five being solo. The Dolphins have allowed Minkah Fitzpatrick to seek out a trade and Reshad Jones is already ruled out for week two. I expect Fitzpatrick and Bobby McCain to man the starting safety spots but neither of them is a true strong safety. Aikens could see a bump in snaps and the Dolphins are playing the Patriots. I expect Miami’s defense to be on the field for most of the game. Aikens is a real sneaky play with the tanking Dolphins but also comes with huge bust potential.

Those are my top sleeper candidates going into week two of the NFL season. Most of these guys are dart throws and most likely best be used in desperate situations. With that said, with the opportunity in place, recent production and matchups, these guys all have the potential to produce.

Follow me on Twitter @JoeyTheToothIDP. Tune into the IDPGuys weekly podcast for the most up to date info to help you win your leagues. Be sure to visit our sister site www.dynastyfootballdigest.com for anything you need to know dynasty football related. For all of my IDPGuys articles visit here. For all of my Dynasty Football Digest articles visit here. Remember…the Tooth has the taste for IDP. 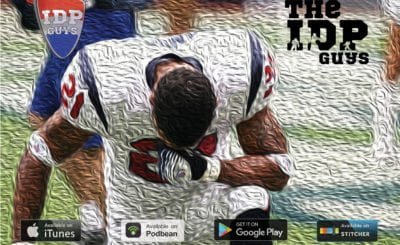 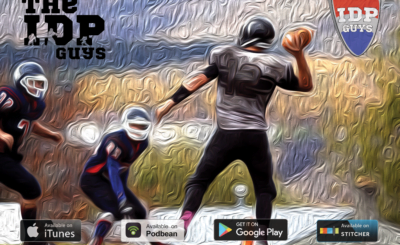 The Big 3 IDP Podcast
Looking for an edge in your IDP fantasy football league? Let the Big 3 guide you down the path to a championship! Josh Raymer, Bobby Reynolds, and Adam Marcum grew up playing fantasy football and joined their first IDP league in 2015. Since then, they've become obsessed with the defensive side of the ball. The Big 3 IDP Podcast brings a mix of humor, high-quality production values, and quick-hitting IDP analysis you can't find anywhere else. When it comes to IDP, you gotta have the Big 3! Support this podcast: https://anchor.fm/josh-raymer0/support
Bobby's Mock Draft, You Got Miked Up, 2018 Rookie Draft Review
by Josh Raymer

Quarantine can’t keep the Big 3 down! Our favorite fantasy football trio reunites to discuss the Brandin Cooks trade and walk through Bobby’s mock draft before welcoming 4for4 and DLF’s Mike Woellert back to the show for his new segment: You Got… MIKED UP! Following up on his previous appearance, Mike shares some of his favorite landing sports for defensive free agents. Finally, the Big 3 wrap things up by looking back at the 2018 rookie draft in the XFFL. Who were the hits, misses, and busts? Tune in to find out! Be sure to follow us on Twitter and Instagram @Big3IDP, leave us a 5-star rating and review on Apple Podcasts, consider supporting the show on Anchor, and as always, throw your phone in the nearest open mine shaft for an extra hour of content each week.