This week’s interview is with a super talented defensive back, Kordell Jackson of Austin Peay. The Senior defensive back was Austin Peay’s first consensus All-American since 2002 and was gracious enough to give us a few minutes and discuss his football career, beginning from his Pee Wee days through his college career. We’ll see what makes him tick and what his plans are for the future. Let’s dive right into the interview.

Who introduced you to the game of football?

Why did you choose Austin Peay to further your football career?

The love from the coaches during the recruiting process and the family environment on my visit. 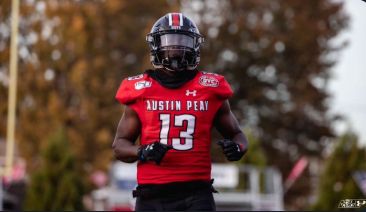 Your team had a tremendous playoff run (11-4 record) this past year, making it all the way to the FCS Quarterfinals. What did you learn about yourself and your team during this run?

As a team, I learned how important it is to have a bond with your teammates and know why they play the game.

Naturally, you must feel like there is some unfinished business, with the way last season ended, so what is the one area you and your team must improve to make another championship run?

One thing I feel like we can work on as a team is just finishing games.

What’s the one thing you need to improve most about your game?

I feel like I can improve in every aspect of the game, but one thing as a DB you can always work on is covering.

What is the strongest part of your game?

The strongest part of my game would be my ability to play all over the field. 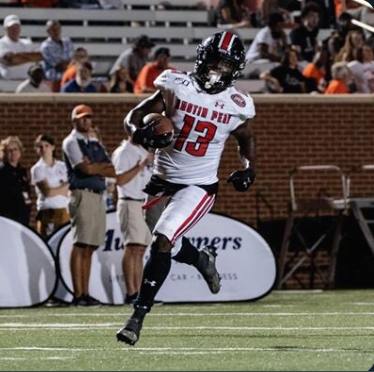 Film study is such an important part of football, what are some key things you look for when watching tape?

Just watching the opponent’s tendencies on run and pass plays.

What’s your favorite song of all-time?

What would you do career-wise, if you didn’t play football? 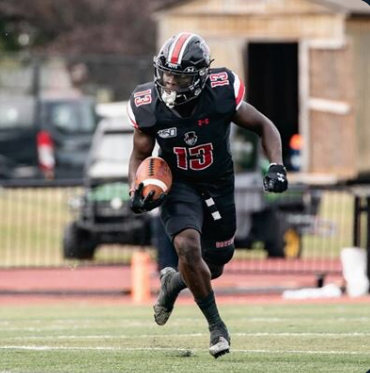 What one game would you recommend someone watch of your play and why?

Jacksonville State because it was an overall great game.


What one game would you like to replay and why?

Montana state because I feel like the outcome could be different.

Do you play fantasy football? If not would you be interested?

No, and no not really.


What NFL defensive back do you pattern your game after?

What is the one famous dead person you could talk to for a day and why?

Martin L King Jr. because I would just like to pick his brain on some things.

Any play I’m blitzing because I love making plays in the backfield. 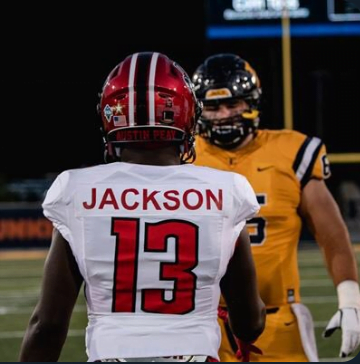 How has this Covid-19 pandemic affected your daily routine and what steps have you taken to continue your training and stay sharp?

I’ve had the chance to get back home and work with my long time trainer Otis Leverette.

If you could choose the NFL team that you wanted to play for, who would it be and why?

Honestly, I just want to play in the NFL so the team does not matter at all.

If you could visit any place in the world, where would it be and why?

Do you play video games? Which Platform?

What was the biggest challenge for you stepping up from high school football to the college football level?

The game-play was not much of a change, I just had to get my body into better physical shape.

If you had to tell an aspiring HS player what the hardest part of playing college ball is, what would it be and why?

The hardest part about playing college football would be the fall camp and Matt drill practices. Those days really test your mental toughness and if you’re not prepared people will know.

If you had to give any pointers, what would they be?

Remember the reason you do what you do!

Thanks for reading my article and if you enjoyed it, you can read more of my articles at IDP Guys and Dynasty Football Digest. You can also follow me on social media, on Twitter at Hollywood@HollywoodTitan, on Facebook on my IDPNation page, on Reddit in the fantasy football IDP sub I’m user KingTitan1 and you can tune in each week and listen to the podcasts, IDP Nation & Devy IDP Grind, that I co-host, on a number of different platforms. Feel free to hit me up with any questions that you have, as I’m always glad to help fellow IDPers. #IDPNation #IDP #IDPDevy

The Big 3 IDP Podcast
Looking for an edge in your IDP fantasy football league? Let the Big 3 guide you down the path to a championship! Josh Raymer, Adam Marcum, and Connor Raymer grew up playing fantasy football and have become obsessed with the defensive side of the ball in recent years. The Big 3 IDP Podcast brings a mix of humor, high-quality production values, and quick-hitting IDP analysis you can't find anywhere else. When it comes to IDP, you gotta have the Big 3! Also home to the Injury Report with Dr. Leezus and DF$$$, hosted by Adam and Johny the Greek from IDP Guys. Support this podcast: <a href="https://anchor.fm/big3idp/support" rel="payment">https://anchor.fm/big3idp/support</a>
Second Half Saviors for 2020
by Josh Raymer

SPOOKY SZN IS UPON US! Josh, Adam, and Connor gather in the Sode Shack with a couple new drops to discuss their plans for Halloween with the kiddos. Then they dive into a jam-packed episode: news, waiver wire targets, a new round of Game Fuel and Code Red picks, Who’d Ya Get, and finally, the return of Second Half Saviors. Which under-the-radar guys could save the back half of your fantasy season? That’s what we’re going to find out – so come on in and join us! Shout out to our patrons Jason, Nico, Lorne, and Aaron! Follow the show @Big3IDP on Twitter and Instagram, give us a 5 star rating and review on Apple Podcasts, and consider supporting the show over on Anchor. Thanks for listening!