For the Chargers, cornerback Casey Hayward (back) did not practice on Wednesday or Thursday and is trending towards not playing this week. Desmond King would take his place. Linebacker Denzel Perryman, who has been dealing with an ankle injury recently was a full participant in practice on Wednesday and Thursday.

For the Dolphins, safety Rashad Jones (ankle) was limited in practice this week and has a shot to play on Sunday.

For the Colts, safety Malik Hooker is projected to be out 4-6 weeks after suffering a knee injury on Sunday. Rookie Khari Willis will be the IDP safety you want to add to your roster to fill Hooker’s spot. Linebacker Darius Leonard (concussion) did not practice on Wednesday or Thursday and will likely be out another week. Anthony Walker is the IDP linebacker you want in Indy. Defensive end Jabaal Sheard (knee) returned to practice this week in a limited fashion. His backup, Al-Quadin Muhammad (neck) has not practiced all week. If either can’t go look for Ben Banogu to fill in at defensive end for the Colts.

For the Texans all defensive players listed on the injury report participated at practice in full making them good to go on Sunday.

For the Lions, defensive lineman Da’shawn Hand (elbow) and cornerbacks Rashaan Melvin (knee) and Darius Slay (hamstring) were all limited for the Lions on Wednesday and Thursday. Friday’s practice will be the litmus test for their availability this week.

All defensive players on the injury report for the Chiefs were full participants in practice this week making them all but sure to play on Sunday in the motor city.

For the Redskins cornerback Quinton Dumbar (knee) was a full participant in practice on Thursday as was defensive end Jonathan Allen (knee) which bodes well for their availability for Sunday’s division matchup.

For the Giants, linebacker Alec Ogletree (hamstring) did not practice on Wednesday and Thursday putting his availability in question for Sunday. David Mayo is listed as his backup and would start in his place if Ogletree can’t go.

For the Patriots, defensive lineman Michael Bennett (shoulder) was limited in practice this week but should be OK for Sunday. Dont’a Hightower (shoulder) was limited in practice on Wednesday and Thursday but there are no indications that he could miss any time this week. For the Bills, linebacker Lorenzo Alexander and defensive end Jerry Hughes were given rest days and did not practice on Wednesday.

For the Ravens, cornerback Jimmy Smith (knee) did not practice on Wednesday and Thursday and will likely not play on Sunday. For the Browns safety Morgan Burnett (quad) and cornerbacks Greedy Williams (hamstring) and Denzel Ward (hamstring) have not practiced at all this week putting their availability in doubt. Jermaine Whitehead would start in place of Burnett, Terrance Mitchell for Williams, and T.J. Carrie for Ward. Safety Damarious Randall (concussion) returned to practice this week as a full participant and should be good to go in Baltimore on Sunday.

For the Falcons, defensive end Takkarist McKinley (knee) has been limited in practice all week. Friday’s practice will give us a good indication of his availability for Sunday. Linebacker De’Vondre Campbell (ribs) was limited on Wednesday but returned to full practice on Thursday. Defensive tackle Grady Jarrett (toe) did not practice on Wednesday and limited on Thursday. For the Titans, both linebackers Wesley Woodyard (quad) and Rashaan Evans (wrist) are both listed on the injury report this week but both practiced in full on Wednesday and should be good to go on Sunday.

IDP relevant players on the Rams avoided the injury report as of Thursday. For the Bucs, defensive tackle Vita Vea (groin) did not practice on Wednesday but was limited on Thursday. Rookie linebacker Devin White (knee) has not practiced all week and is likely not to play in week 4. Kevin Minter would fill in for White and Beau Allen for Vea if either can’t go.

No one of IDP importance on the Cardinals was listed, as of Wednesday, on the injury report for this week. For the Seahawks, defensive end Ziggy Ansah (Back) was a limited participant in practice on Wednesday but then did not practice on Thursday which makes me think his availability is trending in the wrong direction. If Ansah doesn’t play Rasheem Green is listed as his backup and would start in his place.

Broncos cornerback Kareem Jackson (hamstring) has not practiced all week making his availability in doubt this week. Trey Marshall would start in his place. Outside linebacker Bradley Chubb (knee) was limited on Wednesday but returned to full practice on Thursday making him more than likely ready for Sunday. For the Jaguars, Jalen Ramsey (back/miscellaneous) will not suit up for the Jaguars on Sunday. D.J. Hayden would start in his place. Linebacker Myles Jack (concussion) is listed on the injury report but was a full participant in practice on Wednesday and Thursday.

Bears defensive tackle Akiem Hicks (knee) was not a participant in practice on Wednesday and Thursday putting his availability in doubt for this divisional matchup. Defensive back Eddie Jackson (shoulder) has been limited in practice this week, but barring any setbacks, should be good to know on Sunday. For the Vikings, defensive end Everson Griffen (Elbow) and linebacker Anthony Barr (groin) were listed on the injury report this week, but both returned to full practice on Thursday making them all then likely ready for Sunday’s matchup.

Cowboys defensive end Tyrone Crawford (hip) has missed practice the past two days and his status for this weekend’s Sunday night matchup is questionable. Safety Xavier Woods (ankle) returned to practice in limited action on Wednesday and Thursday and has a chance to suit up this Sunday versus the Saints. Speaking of the Saints, defensive tackle Sheldon Rankins (achilles) has been limited in practice both days this week. It is uncertain if he’ll be able to play this week against the Cowboys.

Cornerback Joe Haden (shoulder) and linebacker Vince Williams (Hamstring) both did not practice on Thursday ahead of this Monday night’s matchup for the Steelers. Both have been battling their respective injuries for the past few weeks and neither one, at this point, is looking like they’ll be ready to suit up this week. For the Bengals, defensive end Carlos Dunlap (hamstring) did not practice Thursday. Neither did defensive ends Sam Hubbard (ankle), Carl Lawson (hamstring), and Kerry Wynn (concussion). Safety Shawn William (back) was limited in practice. 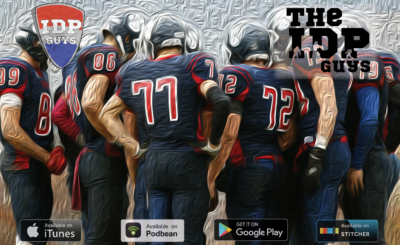 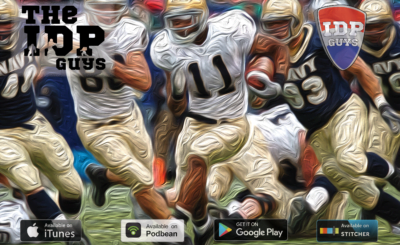